Read what our satisfied customers are saying

It is very rare these days to deal with a company with people who treat you so well and truly take care of their customers like y'all do. I would highly recommend securing your most valuable asset with Provision Home!

PROVISION HOME is proud to partner with Vector Security for our monitoring services for home security customers in Birmingham and surrounding areas.

Petrow to focus on member engagement and membership value

“It is an honor and a privilege to be able to lead CSAA during this period of transformation for the alarm industry,” said Petrow, whose tenure as head of the association will run through October 2017. “As president, I will build on our past successes, looking to transition the association to meet the current and future needs of our members.”

Specifically, she will focus on member engagement and membership value. “My objectives are threefold,” she said. “One, to improve membership value and relevance; two, to help our members position their companies for the future; and three, to grow membership overall.”

She added that building on CSAA members’ passions and tapping into their expertise will help improve and advance the alarm industry as a whole.

Petrow, who served as CSAA First Vice President since October 2013, is the first woman to serve as president of the organization since its founding 1950.

An active member of the security industry, Petrow has held leadership positions in the Pennsylvania Burglar and Fire Alarm Association (PBFAA), Electronic Security Association (ESA), and CSAA, where she also co-chaired the Education Committee and served on the Executive Committee.

She is also involved with the Association of Public-Safety Communications Officials- International (APCO), and received its President’s Award in 2009 for her outstanding contributions to the electronic transmission of signals between central stations and 911 dispatch centers. In 2014, she was presented with an Ernst & Young (EY) Entrepreneur Of The Year™ Award in the Western Pennsylvania and West Virginia program.

About CSAA International
The Central Station Alarm Association International (CSAA) is an internationally-recognized non-profit trade association that represents professional monitoring companies that are listed by a CSAA-approved Nationally Recognized Testing Laboratory, such as FM Global, Intertek/ETL or UL. CSAA is legally entitled to represent its members before Congress and regulatory agencies on the local, state and federal levels, and other authorities having jurisdiction (AHJs) over the industry. Since its incorporation in 1950, CSAA has served its members’ interests through education, online training, meetings and conventions, certification, insurance, and industry standards. www.csaaintl.org. 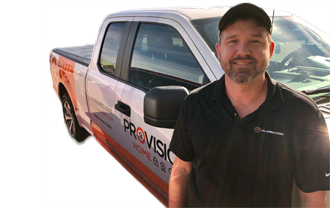